Discover the many benefits of wormwood to your health 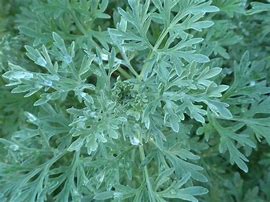 [Mercola]: Wormwood is a medicinal herb that was thought to cause toxicity in absinthe, a popular liqueur in France during the 19th century. But what is wormwood exactly, and what are its potential benefits and side effects? Read on to learn more about this plant.

Woodworm (Artemisia absinthium) is a perennial and herbaceous plant native in regions with mild temperatures such as Europe, North Africa, North India, Scotland and Scandinavia.3 Today, it may also be found in America, North and West Asia, New Zealand and the Azores. It thrives best in uncultivated fields and roadsides with nonacidic, sandy loam.

This plant grows up to 1.1 meters (3.6 feet) or higher, with spirally arranged leaves and branches that produce light yellow flowers. Its long leaves are green with hints of silver or gray because of the fine, silky strands of hair that cover them.

Although it is known to have a bitter taste, wormwood root has an aromatic and warm taste. Other common names of wormwood are green ginger, grand wormwood, American or Western wormwood, madderwort and wormwood sage. The name Artemisia is believed to have originated from Artemis, a Greek goddess, while the name absinthium is said to be derived from the ancient Greek word “absinthion.”

Wormwood contains thujone, a monoterpene ketone often found in its essential oil. It acts as a modulator for the GABAA-receptor, which causes excitations and convulsions, as observed in an animal study published in the journal Regulatory Toxicology and Pharmacology. Its variant, sweet wormwood (Artemisia annua), is a medicinal plant traditionally used by the Chinese to help relieve fever....read more>>>...