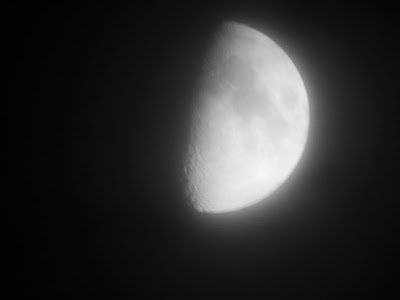 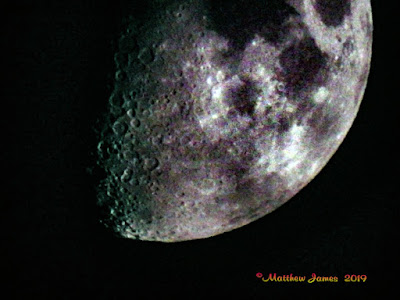 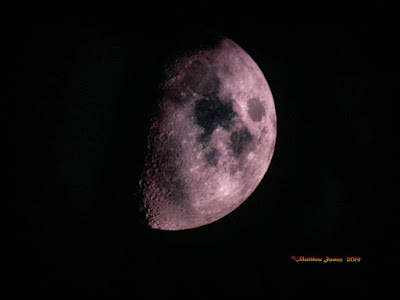 Finally spotted The Moon this evening for the first time in a couple of months. I normally have no problem whatsoever zooming in and focusing on The Moon. Been taking Moon photos for a number of years.

However, tonight it was a real struggle to focus on The Moon. And when I zoomed up close I got some weird colourations (See the middle picture). This is a first ... and then what was really weird was watching the moon DISAPPEAR from view minutes later. It didn't go behind cloud and become obscured. It actually disappeared. Like it was there one minute then its image was switched off.