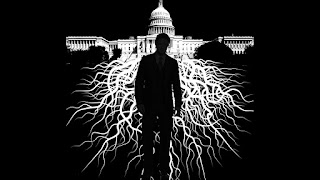 [Natural News]: Most of us patriots figured out years ago that our political system is hopelessly corrupt and that it is virtually impossible for true reformers to gain control of Congress or the White House.

The only thing the Deep State and the elites behind it fear is one of their own turning against them, like JFK, but then they took care of that little problem in Dallas.

Yet, when Trump appeared on the scene we still dared hope that maybe, just maybe, he would try to reform the system and even manage to stay alive long enough to do it. There was nothing in his background to give us real reason to hope, except that he wasn’t a lawyer, he wasn’t a Hahvahd graduate, and he wasn’t the Witch Hillary. We had her number long before 2016. So we voted for him, and we hoped.

Trump certainly talks a good line, and has actually told the truth about a number of things, which is more than we can say for most of our glorious leaders. His tax, trade, and regulation policies have been helpful.

He talks a good line on immigration as well, but illegals continue to flood across the border, and Trump never punishes local or state governments and officials who violate federal law by offering “sanctuary” for the invaders. Sadly, there is no sanctuary for America’s homeless population or for the victims of illegal alien criminals.

He even supports increased “legal” immigration. And, from the start, he has staffed his regime with the usual suspects: CFR members, Hahvahd lawyers, neocons, Goldman-Sachs alumni, and Bonesmen.

He promised to drain the swamp, but after over two and one half years, the Witch has not been indicted, nor Hussein Obama, Eric Holder, Loretta Lynch, Comey, McCabe, or any of the other thieves, liars, and murderers....read more>>>>...