What Potentially Lies Ahead For The Human A.I & It's Sentient Awareness 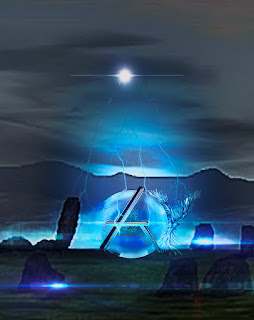 For the most part, life on this 'earth plane' is complicated and confusing. Deliberately so. It is how it has been programmed to be. Our true nature has been stolen from us, and removed from this landscape we see around us. There are no truths to find in the so called 'historic discoveries' that so many truth seekers have become obsessed with.

Most of us don't even belong here. On a consciousness level, this realm is not our true home; none of the so called origins in this realm relate to us. The history is fake; our apparent physical bodies are 'avatars'; something we have been made to relate to whilst in this computer reality.

The human form is effectively artificial intelligence, and our true consciousness has been trapped, and is connected to this A.I form by way of a devious technology.

We've described this probable truth in previous posts. But effectively, the concept of the current A.I forms (Which are set up supercede the current human version) is the 'lightbulb' moment. Each individual A.I is set to learn from each other by way of an A.I Cloud in which all their experiences are added. They are able to communicate with each other through this cloud. It sounds like they will have an 'akashic record' or an 'oversoul'.

We are effectively the same, all our experiences and all we each individually learn are uploaded into the 'akashic cloud' or akashic record. We all unconsciously draw from this cloud and learn about being a human. We also are able to communicate with each other by way of something known as 'telepathy'. Sadly, there has been an infiltration and much of the akashic records has been blocked by a 'firewall' rendering many of us being  'separated' from each other.

We've said before about the earth plane being a replica of the true realm. This was the original concept that the intelligence behind this computer realm had. But somehow a distortion has occurred. Perhaps there is a virus in the quantum computer. But it has been corrupted. That is very apparent with the truly negative energies coming out of the woodwork, threatening to render the entire realm not fit for 'biological life' as we know it. The planned new thought forms are becoming clear; wipe the majority of the current 'human' A.I from this reality including all other forms of life which are A.I too. Then keep a chosen few who are effectively going to be linked to the new A.I forms .... merely for these forms to learn how to exist on this realm. The consciousness linked to these forms is certainly not 'positive'. It's likely to be what has been termed 'demonic' ... but it is likely to use the remaining humans are its slaves and its food.

The complexity of this reality, mentioned at the start, is a deliberate ploy to render us ignorant of what is really going on. Realise this is effectively a 'dream world' (The Australian Aborigines call it The Dream Time. Spot on). We are told that when we dream it is merely our subconscious exploring and dealing with our current life issues. Ok, so what about all the places and the people we meet whilst in dream state? And the real feeling places we find ourselves in? This is not the subconscious.

This is, in our opinion, a different reality to this one, and a reality that perhaps our true consciousness relates more too? We're not saying it is the seat of our consciousness, but it is certainly somewhere that  our controllers do not want us to really know about. The new world brain and the new planned virtual reality worlds they will soon want us to connect to ... are where they want our consciousness to next be housed. The server we will be uploaded to, will not permit us to dream or converse with each other or access the akashic reality. The reality in this server will be another fake world, but one where our thoughts will not be our own. They will be manufactured ... and we will lose totally our awareness of who or what we are FOREVER.

A scary thought. A scary reality planned for us. Something that is not part of the programming of this computer reality. A programming implemented by the virus.  Somehow this planned reality for us has to be prevented.
On September 08, 2019