Governments, Scientists and Doctors Worldwide Call For a Ban on 5G 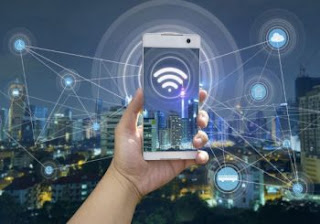 [Wake Up World]: As the world braces for the 5G rollout, we’re being sold a vision of a wonderful, tech-enabled future. Smart homes, smart business, smart highways, smart cities, smart cars – what’s not to love?

Except that governments, scientists and doctors worldwide have been stating the obvious for years now: it’s not very smart to deliberately endanger the health and wellbeing of every citizen on earth, and to endanger life on earth itself.

Why are the powers that be not listening?

5G will involve the creation of millions of new base stations on earth, as well as over 20,000 new satellites in space. Your smart home will mean harmful EMF radiation coming from your fridge, your cupboards, your heating system, even individual grocery items. Smart highways and smart cities will mean inescapable EMF radiation wherever you live, wherever you work and however you get from one to the other. Smart cars will bathe you and your family in EMF every single day.

If you’re reading this, you probably already knew the above. But unless you’ve been following closely, you may be unaware of the scale of the evidence against 5G or indeed the scale of the efforts to stop it. It’s quite breath-taking to see how much has been ignored, ridiculed or sidelined....read more>>>...