A deliberate deception, a psy-op, or something real? Mysterious 'flying saucer' slides found in documents leaked by Edward Snowden 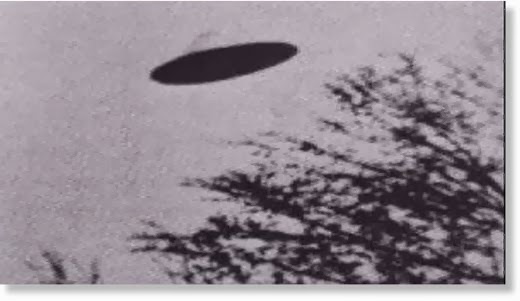 S.O.T.T: A mysterious set of slides showing alien spacecraft have cropped up amid the trove of documents released by NSA whistleblower Edward Snowden - and ignited a frenzy of debate among internet UFO fans.

The set of slides are part of a Powerpoint presentation created by British spy agency GCHQ - Government Communications Headquarters - and, among 50 uncaptioned images are three which seem to show flying saucers.

Alien-hunters and UFOlogists are now poring over the images - although one of the 'UFOs' has been dismissed as an "out of focus picture of a seagull having a poo."

Nigel Watson, author of the Haynes UFO Investigations Manual says that while the slides may not be evidence of alien invaders, they are the next best thing for conspiracy theorists - evidence of government mind control. The document offers guidelines for spies on how to spread lies on the internet.

Watson says, "The main evidence for the cover-up of UFO reports and manipulation of UFO beliefs, as revealed by the documents released by Edward Snowden, is contained in a Powerpoint presentation called, 'The Art of Deception: Training for a New Generation of Online Covert Operations'...read more>>>...
On March 06, 2014