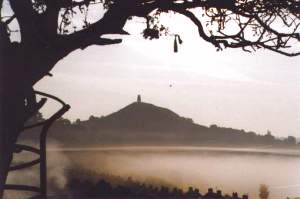 Isle Of Avalon.com: In simplest terms Paganism is a religion of place, or a native religion, for example the Native American's religion is Pagan, Hinduism is a form of Paganism. All Pagan religions are characterised by a connection and reverence for nature, and are usually polytheistic i.e. have many Gods and/or Goddesses.

Modern Paganism as practised in the west is particular to the native peoples of the west and although there are many forms most are descended from Celtic origins. Modern Paganism or 'neo-Paganism' has the following characteristics:

1. Paganism is a religion of nature, in other words Pagans revere Nature. Pagans see the divine as immanent in the whole of life and the universe; in every tree, plant, animal and object, man and woman and in the dark side of life as much as in the light. Pagans live their lives attuned to the cycles of Nature, the seasons, life and death.

2. Unlike the patriarchal religions (Christianity, Islam, Judaism) the divine is female as well as male and therefore there is a Goddess as well as a God. These deities are within us as well as without us (immanent); they are us. They are not simply substitutes for the Muslim or Judeo-Christian God. This is because the Gods of the major religions tend to be super-natural i.e. above nature whereas Pagan deities are natural, symbolizing aspects of nature or human nature. Having said that God and Goddess are split from the Great Spirit or Akashka which probably equates to the God of the patriarchal religions.

4. There are sub-groups of named Gods and Goddesses called Pantheons, drawn from the distant past, for example Isis and Osiris from Egypt or Thor, Odin, Freya et al from Norse religion and mythology. Ancient Pagans would have worshipped one or a small number of Gods and Goddesses, whilst often recognizing the validity of other people's deities. The concept of an overall, un-named Goddess and God, the sum totals of all the others, appears to be a recent one but individual named deities represent particular human qualities or archetypes and are often used as a focus for celebrations and spiritual rites.

5. Paganism has developed alongside mankind for thousands of years; as cultures have changed so has Paganism, yet it is grounded in deep rooted genetic memories that go back to neolithic times and before. Thus Paganism is not just a nature religion but a natural religion.

6. Paganism in the west takes a number of forms including Wicca, Druidism, and Shamanism.

7. To Pagans the four ancient elements, Earth, Air, Fire and Water have special significance. The importance of these is hard to define because they have so many correspondences, for example they are associated with the four directions, North, East, South and West. Each element is a kind of spiritual substance from which all things are made especially ourselves and at the same time are Guardians both of ourselves and of the Goddess and God, and guarding the gateways between this world and the other world.

8. Many Pagans believe in reincarnation in some form. It gives Pagans a substantially different view of life. Early Christians saw Karma as a kind of treadmill, trapping people in endless reincarnations, never free. But Pagans see reincarnation as, at best, a chance to improve or to continue unfinished work, and at worst just a simple re-cycling of souls...read more>>>...