Mad Chess, False Flags and the Point of No Return 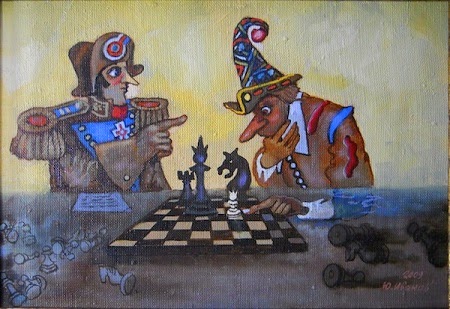 Zen Gardner: We’re over the top and coming down the other side of a very slippery slope to an apparent trough now. Too much has been set in motion to stop this juggernaut of insanity being perpetrated on humanity. This isn’t to say we slow down our efforts to expose these psychopaths and their wicked intentions. Every awakened soul will be more ready hands for affirming the real world this truly is and will soon be manifesting. It’s just that the momentum is way too strong to turn this thing around before something very tragic happens.

Not only is the police state ravaging lives and personal liberties, the war machine appears to be on auto pilot towards certain disaster.

I’m convinced the Controllers run on a set agenda. It can be tweaked as there are certainly adjustments that have to be made to their plans along the way, but the detonation devices are in place, much like the symbolic controlled demolition of the World Trade Center. What concerns me most is how ripe the current situation is for another major false flag. As the political-corporate-military machine continues to be exposed, they’re going to need a major distraction to re-galvanize the unwitting public for the next phase of their world takeover...read more>>>...
On March 18, 2014