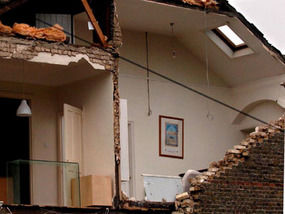 [Daily Om]: In life there will always be times when we are affected by the actions of another person. When this happens, we often receive an apology. More often than not we say, "It's alright," or "It's okay," and by saying this we are allowing, accepting, and giving permission for the behavior to happen again. When we say "thank you," or "I accept your apology," we are forced to sit in our feelings rather than ignore them.

There are many of us who feel that it is easier to brush off how we really feel than to express our discomfort with something that has happened to us. While this may initially seem like the best thing to do, what it really does is put us into an unending pattern of behavior; since we are not honest with another person, we continue the cycle of letting them overstep our emotional limits time and time again...read more>>>...
On September 09, 2019