Time to put an end to the climate cult 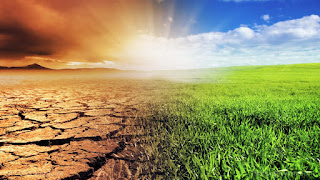 [Natural News]: The climate cult has gotten out of hand. It now threatens to prevail in politics by convincing the ignorant that the science is settled.

Anybody who has a basic understanding of the science knows that it is not settled. A number of inconvenient facts seriously undermine the idea that catastrophic global warming caused by humans is about to overwhelm us.

Here are three of them:

⧭Emissions of carbon dioxide into the atmosphere are causing far less heating than the climate models have been predicting.

⧪There is no scientifically reputable method for measuring the human contribution to carbon dioxide emissions relative to emissions from natural sources.

⧫Measured sea level rise in recent decades is insufficient to account for the alarmist forecasts about the amount of rise by the end of the century.

As long as the general public is unaware of realities such as these, the cultists will continue to proselytize using emotional appeals about saving the world and moralistic shaming of any who disagree.

Common sense has already stimulated a fair portion of the general public to adopt a “wait and see” attitude about the issue. These people have not seen any sign that warming temperatures or rising sea level are causing anything drastic to happen, and they recognize that extreme government measures like the Green New Deal require revolutionary changes to our economic and political systems.

Their lifetime experience also tells them that catastrophic weather events like hurricanes, droughts, and the like are not significantly more frequent or intense than when they were young....read more>>>...