An Insight Into 5G, A.I, Computer Humans and Sentient Awareness 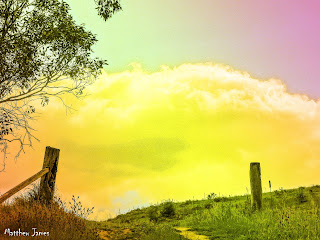 Hang on a minute before we go any further. Let's look at the 5G and A.I advancement situation calmly. So, it's going at an unstoppable pace and Artificial Intelligence is now writing the algorithms that are the non-sentient creatures means of surviving on this electronic world. So mankind is at a risk of being written out of this world ...

Sounds very ominous and very scary. BUT, A.I has always been around! It's been omnipresent on this world even before a sentient awareness arrived here. A.I is part and parcel of this virtual reality. If we add the equation A.I = Artificial Intelligence = Archonic Intelligence = Demons/Angels/Gods/Alien Beings/Elves/Fairies/Elementals then you might get the picture we are trying to present here.

We are in their frequency vibrations. Human beings are part of the frequency vibrations. Our sentient consciousness is not human. It is not natural to this virtual universe. We are merely observing computer software role playing. And, the computer has rewritten the algorithms concerning human beings. It can't touch sentient self awareness or a consciousness outside of this frequency range. It can hold it here and replicate it electronically. That is all the computer can do. Replicate what is already here.

It uses memories and thought forms written into the programming to provide the sound frequencies that the human brain can process into what we see around us in the first person. It can adapt the surroundings based on our thoughts and our consciousness that interacts with the program.

It can hijack the connection between the earth frequency and our true frequency. Yes it's like being imprisoned. But it is what it has been programmed to do by the algorithms that The Transparent Ones (What we describe them as based on our own sighting of them) have written.

We must somehow exclude the FEAR when we become more and more aware of the grave situation mankind faces. But mankind is only a series of algorithms in the virtual world. Mankind has been programmed to react to fear and by reacting to fear it provides the energy frequency the computer needs to energise itself. It feeds off our fear and it wants us very fearful of what lies ahead.

Yes, its going to be really really bad ... 2020 - 2030 is NOT going to be good at all. Maybe mankind makes it to 2030 and beyond. Maybe it doesn't. But if it does ... it will be a Human/A.I hybrid with the A.I as the front alter. The soul/personality of the human will be subdued ... and for sentient awareness connected to its human avatar ... it will not be pleasant.

But, its a learning curve in an educational software program. Seeing it from sentient perspective that's not something that is impossible. Humans are programmed to have limited awareness with incredible emotions and potential. That is why humans are studied by Sentient Awareness. Humans only exist within the virtual worlds ... 'beyond the spirit world' (As it was described to us once) humans don't exist. And are not likely too either as they are but electronic programming with a potential frequency range of awareness which is much greater than it currently is ... but are not sentient.
On February 27, 2019