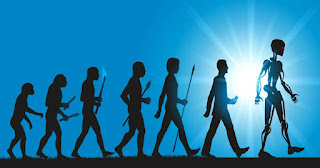 Ancient Origins: For the last 70 years science fiction writers and Hollywood movie directors have explored the place of robots and artificial intelligence (AI) in the future of humankind. But automated technologies with greater than human intelligence were first conceptualized in the imaginations of people in ancient societies and were woven into their folkloric systems, according to a highly-original new book.

Titled Gods and Robots: Myths, Machines, and Ancient Dreams of Technology , the author, Dr Adrienne Mayor of Stanford University is, according to the university website, “an independent folklorist/historian of science investigating natural knowledge contained in pre-scientific myths and oral traditions

Dr Mayor said “ancient people envisioned many of the technology trends we grapple with today including killer androids, driverless technology, GPS and AI-powered helper robots.” Illustrating her hypothesis, the creations of Hephaestus, the god of metalworking and an invention in Homer’s Iliad , were “predictions of the rise of humanoid robots.” An article about Mayor’s research in Greek Reporter said AI-powered helper robots and killer androids, according to Dr Mayor, “appear in tales about Jason and the Argonauts, Medea, Daedalus and Prometheus” and also the 'bronze killer-robot' Talos who guarded the island of Crete. Furthermore, the legendary Pandora, who Dr Mayor describes as a 'wicked AI fembot’ like the ‘replicant’ in the blockbuster movie Blade Runner, had been programmed to ‘release eternal suffering upon humanity’ and “Though the Greeks did not know how technology would work, they could foreshadow its rise in society,” said Mayor...read more>>>...
On February 28, 2019