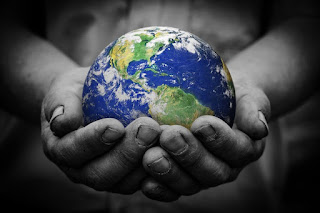 Waking Times: Harvard’s Gernot Wagner wants to save the world from global warming. His method? Develop a new type of plane that will fly more than 4,000 missions a year dumping particulates into the stratosphere.

Estimates for SAIL’s design and operation seem sophisticated but are fabricated. Wagner and Smith admit, “No existing aircraft design—even with extensive modifications—can reasonably fulfill [their] mission.”

No doubt, Wagner and others will tell you careful calculations will limit global cooling to just the right degree.

Wagner and others believe that scientists can calculate how many particulates will be needed to cool the Earth to a desired temperature.Wagner and Smith are not alone in their geoengineering dreams....read more>>>...

BOLLOCKS! This is a perfect example of FAKE NEWS in our opinion. Geoengineering and chemtrails are not for global warming regardless of what they say; and what they may get conspiracy theorists to say. The inclusion of Barium and Aluminium in the chemtrails is for one thing, and one thing only. To be absorbed by our bodies and permit the increased electromagnetic frequencies in the atmosphere being accepted by our bodies. Its part of a genetic mutation process in readiness for the 5G grid.
On February 28, 2019