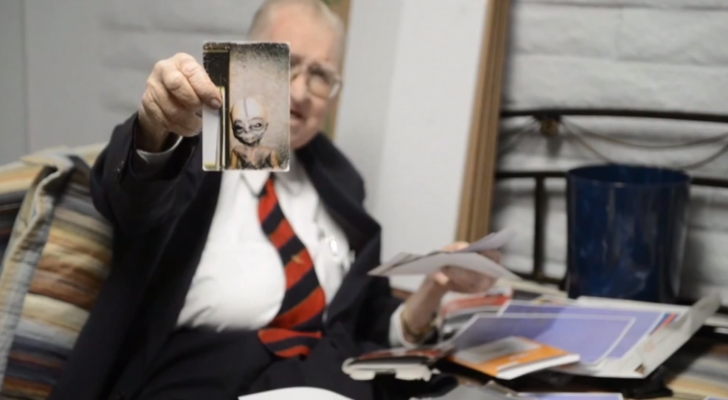 World Truth TV: Not long before Boyd Bushman passed away on August 7, 2014, he agreed to be video recorded for a short documentary where he openly spoke about his personal experiences with Area 51, UFOs, aliens and anti-gravity ideas.

Boyd Bushman was a retired Senior Scientist for Lockheed Martin. He had an impressive forty year career where he was awarded many patents while working with defense contractors Hughes Aircraft, General Dynamics, Texas Instruments and Lockheed Martin.

In the last video footage (ever) of him recorded right before his death, he shared some fascinating information and photos about Area 51, Aliens, UFO’s and anti-gravity. His images of aliens will of course raise controversy given the mixed beliefs that exist amongst people about the existence of them, but could perhaps be among the most fascinating evidence out there -and from a decorated and credible source...read more>>>...
On December 01, 2014