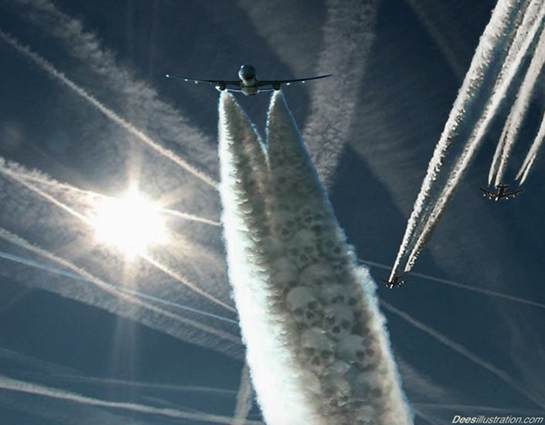 Activist Post: For those who know about the history of geoengineering - aka chemtrails - you might be noticing a spate of admissions from the halls of establishment science and government that the "conspiracy theory" is no longer ... it is a fact.

Perhaps the efforts of independent researchers have forced such open disclosure, at least putting us over the hurdle of abject denial. However, the narrative being created for mainstream media consumption is disingenuous at best, and full-throttle manipulation at worst. Case in point is an admission from The Royal Society that geoengineering experiments are being debated for full rollout even in the absence of policy restrictions.

The elite UK think-tank, The Royal Society, has for years openly discussed control over the planet's weather. Their 2011 propaganda press release entitled "Who Decides?" is an overtly Orwellian exercise in problem-reaction-solution that, naturally, argues for a cabal of technocratic insiders to implement godlike power over the unwashed masses who are threatened both by their own ignorance as well as "rogue elements" that could hijack weather manipulation technology...read more>>>...
On December 10, 2014