Analysis: Were California fires set by Direct Energy Weapons? Probably not, but here’s why the idea is going viral 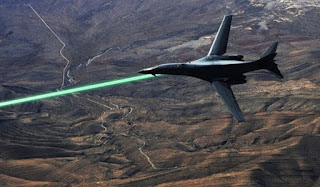 Natural News: The internet is abuzz with analysis of the California fires, and some observers note that the videos and photos from the fire are showing a surprising number of anomalies that don’t seem possible to have occurred through “natural” fires. This article from ChemtrailPlanet.com offers a typical description of the strangeness now being observed with these fires:

"The news tried to give the impression that the over 100 fires (in 2017) that occurred all at once were from a forest fire spreading into neighborhoods. Yet, most of the trees didn’t burn and there is no burnt path between houses that are next to or across from each other. Notice in the picture on the left how that there was no burnt path between the two buildings and how that though both buildings were surrounded by trees, none of the trees got burnt or even singed. It is plain to see from this picture that a fire didn’t go from one building to the other, but that they were both attacked from above or inside."

Many people believe the U.S. government is behind the fires, using “Direct Energy Weapons” (DEW) to target the area for destruction in a way that can be easily blamed on wildfires: The evidence that the fires were a result of directed energy weapons (DEW), at least in part, is undeniably strong. There are also theories of smart meters or transformers blowing up being a cause. They might have contributed, (but that wouldn’t explain cars also being “toasted” with no burnt path between the house and the car), and the evidence that can be seen is that of directed energy weapons. It is not at all unfathomable that more than one weapon could have been used to ensure the desired effect...read more>>>...
On November 25, 2018