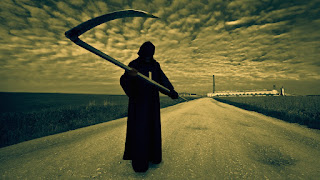 Remember - we SURVIVED without the internet. We don't NEED the internet. But the likes of Apple need us to be on the internet in order to be able to control us. We can quit the internet completely if we have to.  We don't need to be subjected to this school yard bullying, just because we refuse to agree to the lies that the crazy globalists are peddling!

It's time to hit back and totally boycott the likes of APPLE until they see sense and cease their mindless bullying.

[Natural News]: As part of the accelerating techno-dictatorship sweeping across the online world, Apple News has banned Natural News for expressing views which Apple claims are “rejected by the scientific community.”

This ban was received shortly after Natural News published a rebuttal to the junk science climate change narrative which falsely claims that carbon dioxide is a poison that will destroy the planet. (Only someone who is scientifically illiterate or completely brainwashed could believe such a falsehood.)

Natural News dares to state the simple scientific fact — now confirmed by NASA — that carbon dioxide boosts the growth of green plants all across the Earth. This is not allowed by the techno-fascists of the Left who run Apple and insist that CO2 is somehow a poison that’s responsible for “climate change.”

Here’s the world map showing the increase in reforestation and greening, as cited by NASA and published the journal Nature: Climate Change ...read more>>>...
On May 13, 2019