The Human Adventure Within Noah's Ark 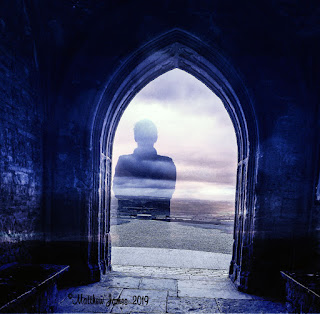 Back in the late 1980's, I can remember my late mentor telling me "you've chosen dangerous times to come down". Indeed. Very poignant words from a very powerful lady who could, without doubt, interpret the future.

And here we are in that future. As human incarnates we are faced with a potential mass culling and/or eternal slavery in another virtual reality. Either way, human incarnates are a little stuffed, as apparently highly advanced beings fulfill a prophecy they made in ages past.

For Ark can we not read computer? Seeing is believing, but seeing how advanced technology is on this material plane, it is undoubtedly we were uploaded into 'Noah's Ark' as consciousness, to avoid a mass culling. It means our physical bodies after this uploading perished, and our consciousness came free to wander the virtual reality within the confines of the super computer or 'ark'.

Perhaps, the virtual reality was a replica world. Maybe we are still within this virtual reality; this ark. So, if this is the case, then the original predators have now hacked into 'Noah's Ark' and are intent on carrying out the demise of all biological DNA and biological life. We were apparently a slave strain of DNA anyway. Created as slaves to them. Then we got out of hand because of our ability to reproduce. Well, if you look at what is taking place with trans-genderism and its madness; sperm counts are lowering etc ... its not hard to see why.

Whatever fate is planned for us; be fearless and permit yourself to have maximum enthusiasm for whatever unfolds. In one of my higher states of awareness, which lasted for about a week without the aid of any mind bending substances, I was able to perceive this earth plane in a 'godlike state' and found that this experience is nothing more than a 'game'. I actually felt the vibration and its remained with me ever since.

It's a desperate plight as a human incarnate. Yes. But as an observing spirit that has willingly volunteered to partake in all of this, it is an exciting pathway ahead. Note, the willingness to partake by a being that can foresee ALL OF THIS. A being that is likely to know the outcome. Do you think your higher spirit would agree to partake in something that would damage it? It is of an energy far removed from this manufactured reality. It is highly unlikely that the EMR wavelengths and the frequency technology can do any harm to your higher spirit.

There is every likelihood this experience is part and parcel of a 're-playable' technology. Meaning it is like a virtual reality game where you can get to choose your character and the situations you are going to play. It appears as the only reality there is, because the game algorithms are set to give you that limited awareness.

And the outcome of all of this? That would be telling. It would spoil the adventure.
On May 28, 2019