Why Farage Wins the Country and Corbyn Wins Only a Party 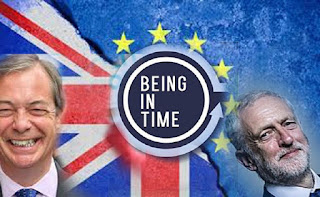 [David Icke]: Nigel Farage, Britain’s Donald Trump character, is by far the most significant man in British politics. In just a few weeks he has gathered huge political momentum. In tomorrow’s European Parliament elections he appears likely to score more votes than Labour and the Conservatives combined.

Farage stood up against the entire political establishment, including the media and the commercial elites and has promised to change British politics once and for all. So far, it seems he is winning on all fronts.

How it is that once again a Right wing populist has won the minds and hearts of working people? How is it possible that Jeremy Corbyn, who was perceived by many of us as the greatest hope in Western politics, has managed, in less than three years, to make himself an irrelevant passing phase? How is it possible that the Right consistently wins when the conditions exist for a textbook socialist revolution?

Unlike political commentators, my explanation for this reoccurring political phenomenon is of a metaphysical nature...read more>>>...
On May 23, 2019