The mass dumbing down of humanity is now confirmed by scientists 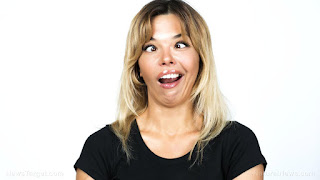 Mankind is now being subjected to definite MASS CULLING. The genocide has begun. Its got nothing to do with 'saving the planet' and everything to do with all things biological being wiped off the face of the planet by extremely sinister agencies that are linked to non-human creatures.

The evidence of mass 'mental lobotomy' is all around. Mankind, on the large part, totally unaware of what is taking place. Still believing the old spun out myths about this fucked up world. Mankind you are so stupid and so gullible. You are past the point of ever waking up and being able to defend yourself. You deserve your guaranteed extinction.


[Natural News]; Some mainstream media pundits are finally beginning to notice a disturbing trend that we’ve been warning about here at Natural News for quite some time now: the trend towards dumbness and idiocracy throughout the West.

In one recent op-ed published by NBC News, author Evan Horowitz pegs this trend as a widespread IQ decline, indicating that intelligence levels are now trending downwards after many decades of moving upwards.

He surmises that the reasons for this decline remain largely unknown, even though there are actually many elephants in the room that remain untouchable within the context of political correctness.

But did Horowitz mention fluoride as even just a possible factor in the IQ slide? Nope. He similarly avoided talking about crop chemicals that persist on food, which are also associated with decreasing IQ levels among school children.

There’s also the great untouchable: vaccination. No fake news writer or correspondent has thus far indicated a willingness to even suggest that vaccines and the chemicals they contain might be harming children’s brains – but the truth is that they are....read more>>>>...