Native Elder Shows a Petrified Alien Heart, Which He Claimed Belonged To The “Star People” 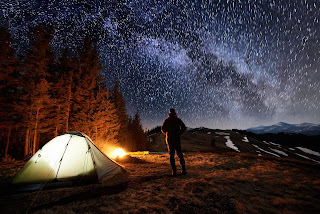 [Collective Evolution]: “This is the heart of a star traveler. If you look closely, you will see that it is not quite like a human heart.”

I turned it over in my hands and looked at it. Within the adult heart are two parallel independent systems, each consisting of an atrium and a ventricle. This heart was different. Instead of four chambers as found in the human heart, it had five chambers with three auricles and three ventricles.

When I pointed that out to Sam, he nodded. “The Start People have hearts that are slightly different from ours. They beat much slower, too. According to my grandfather, the heart belonged to a star traveler. It was given to him by his grandfather who obtained it from his grandfather and so on and so on. Back in the old days, the Star People lived on Earth. They mated with our women and we became one with them.”

Are we alone? If not, what are the implications when the public becomes fully aware of this? How will it change the way we look at reality? Science? Technology? History?

Dr. Ardy Sixkiller Clarke, a Professor Emeritus at Montana State University who is Cherokee/Choctaw has been researching the Star People for many years and collecting encounters between them and Native Indians. This article shares one of many encounters,

Here is a great quote at the beginning of her book, Encounters With Star People, Untold Stories of American Indians, which is where this information comes from.

I first learned about the “Star People” when my grandmother told me the ancient legends of my people. My childhood reality included narratives that traced the origins of the indigenous people of the Americas to Pleiades; stories of little people who intervened in people’s lives; and legends about the magical gift of the DNA of the “Star People” that flowed in the veins of the indigenous tribes of the Earth. I embraced the stories of the celestial visitors who lived among the Indian people as part of my heritage.

The book is fascinating to say the least, and describes many encounters of ‘star beings,’ both benevolent and malevolent in nature. Since I’ve been a UFO/extraterrestrial researcher for a very long time myself, it’s very interesting to see how some of these stories corroborate with some of the information I’ve come across from other sources over the years....read more>>>....
On May 13, 2019