Walking Towards The End .. Like Zombies. The Last Chapter In The Story Of This Version Of Mankind 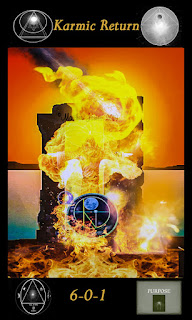 The net is closing in. Time is running short for this version of mankind. The prison door is about to bang shut, and there will be no escape. Freedom is being eroded more and more each day; and the large majority of mankind stand submissively ... letting it happen. Subdued. Mind controlled. Brainwashed. Microwave irradiated every single day. So passive.

Like zombies ... so rests the mentally retarded souls of The Lost. Mankind is soon to be rendered extinct. And that is a stone cold fact. The take over is happening all around them, as their brainwashed perceptions create a new reality all around them. This is the reality now manifesting. And it happened, because mankind firmly believed their freewill was making the decisions they had in their life.

Sinister agencies had been at work eroding freewill and bending its will to its own. So ... what you think is what you get. Mankind you have no-one to blame for yourself ... IF you realise the mess you are in before they hit the switch. The big question is ... will mankind realise they face extinction? Or will it just blindly and blissfully walk to its demise?

But, sadly, it is a mass demise that mankind faces. All of the dots are joining ... in apparently separate countries around the globe, all freedom is being eroded. Supposedly, not connected in any way ... but its the beginning of the end. And its nothing more than mankind deserves, for it permitted itself to be herded to this event horizon, by a minority of minds. Those minds are psychotic, conscience-less, sadistic and completely crazy. Those few really believe they must rid this world of mankind ... it is their driving force. And it appears they are going to succeed.

For somehow they own each and every one of us. The bodies we seemingly occupy are their property bought and sold. So in their minds they can do whatever they wish to us ... THE EXPENDABLES.

But so sad for them ... they are too blind to see the deceit and the cunning of the force that has been controlling them. Sadly for them, this force wants all of mankind and all of biological life removed from planet earth. And it will succeed. Sad but true.
On May 12, 2019